Reproductions of paintings from the DUCKOMENTA; cost up to €850

For these items, shipping costs are not automatically added. Please contact us under anke.doepner@interduck.de for shipping-information and -prices. 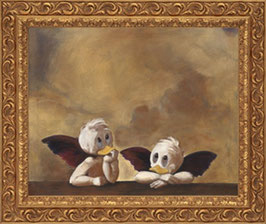 DUCKOMENTA: "During the Renaissance, affluent duck families commissioned portraits of their offspring. Although adolescent ducks were

often a trial for many a family to cope with, artists with commercial savvy 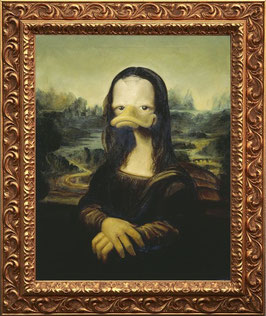 DUCKOMENTA : "No reliable evidence remains as to who was depicted by Leonardo da Vinci in this commissioned painting. This version was never delivered to his client." 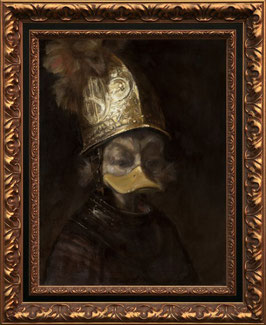 reproduction of "Golden Helmet" in a black, Baroque-style frame (10 cm)

DUCKOMENTA : "No one really knows why Rembrandt discarded this version of the famous painting of a figure wearing a golden helmet. It has helped to sustain the legend of the great painter though..." 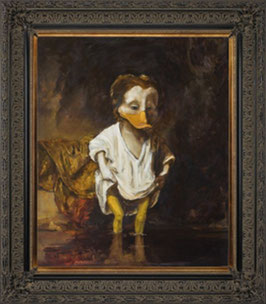 DUCKOMENTA : "Fear of water was widespread during the Baroque era. People believed that water spread disease. Rembrandt seems to have hinted that ducks believed the same to in this work which was attributed to him." 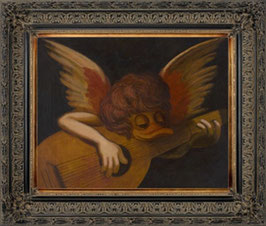 DUCKOMENTA : "Ancient documents suggest that angels loathed images in which they are portrayed blowing wind instruments since said angels appeared with with puffy cheeks therein. Rosso Fiorentino negotiated with this angel for three years until they found an appropriate instrument for him: a lute." 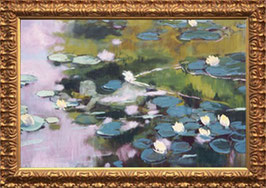 reproduction of "Waterlilies"  in a gilded Baroque-style frame (7 cm)

DUCKOMENTA : "Monente was ahead of his time: he interpreted the depth and transparency of the water in a lake in a manner that provides viewers with ample discoveries. “Waterlilies” is available in a smaller format than the original."